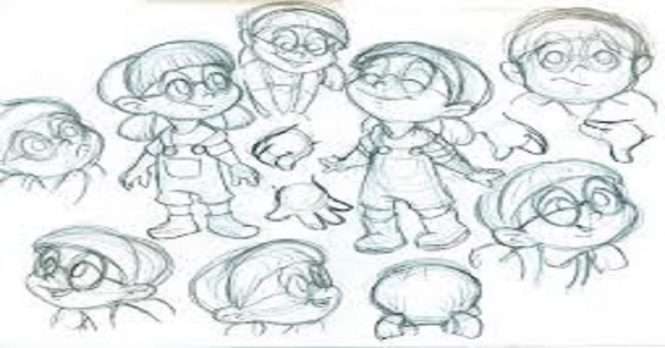 Kezia, the young female protagonist of the story “The Little Girl”, is an emotional and sensitive girl. She is as much affected by her father’s disciplinarian attitude as by his love.

The behaviour of Kezia is typical of a young girl. She sees her father as the boss of the family who must be served properly all the time. So, she feels relieved when he leaves for work every morning.

Kezia is an obedient girl. She is afraid of her father and wishes to avoid him, still, she takes off his shoes when her mother asks her to. However, she fears her father so much that she begins to stutter in his presence. Sometimes she even thinks that there should not have been any fathers in this world. When she compares herself to other children, she is pained to observe that her father does not pamper her like the fathers of other children.

Kezia is innocent but impulsive. She makes a pin-cushion for her father as his birthday present but innocently picks up his important papers as stuffing for the pin-cushion. Impulsively, she tears those papers without seeking permission and hence spoils matters.

Kezia’s strong bond with her father comes to fore when she is quick to observe his affection on the night she gets terrified by a bad dream. She feels happy when her father protectively takes her to his bed and comforts her. Her distrust for him changes into the appreciation for his hard work. She admires his big heart and discovers her love for him. She changes from a resenting and frightened girl to a soft-hearted, understanding and affectionate daughter.

We hope you are enjoying the The Little Girl Character Sketch

Kezia’s father displays two divergent characteristics in the story. Initially, he appears as a domineering, head of the family and demands complete obedience from other members. He wants them to be at his beck and call all the time. As soon as he returns home in the evening, he wants his tea brought to him along with the newspaper. Instead of taking off his shoes himself, he makes Kezia do it for him. He is so strict with his daughter that the poor girl stutters in front of him and feels relieved when he leaves for work in the morning.

This negative aspect of his personality is highlighted even more when he punishes Kezia with a ruler. It appears that he fails to understand the innocent emotions of his daughter who damages his papers accidentally.

However, the positive aspect of his persona surfaces when he takes care of his little girl in the absence of the women of the household. He not only carries her in his arms to his room but also tucks her comfortably in his bed. He asks her to rub her feet with his legs to make them warm. This reveals his paternal affection, protective nature, and caring attitude. Kezia’s father thus makes a typical father who poses a stern exterior which actually hides a soft, affectionate, and tender big heart, full of love.

We highly appreciate your feedback regarding The Little Girl Character Sketch. Please feel free to share your thoughts how you feel about this.

Kezia’s Grandmother is addressed as ‘Grannie’ by Kezia and as ‘mother’ by Kezia’s father, her son. Her character comes up as a mature and understanding elder in a household. She does not question the authoritarian attitude of her son but keeps prodding her young granddaughter to make efforts to build her bond with her parents. She advises Kezia to talk nicely to her parents when they are relatively relaxed on Sunday afternoons. She does not interfere in any matters of the household and simply provides background support. When Kezia’s father punishes Kezia with a ruler, Grandmother wraps her in a shawl and rocks her in a chair clinging her to her soft body. She is a mature woman who understands that the upbringing of children is a delicate issue and parents should be allowed to discipline their children in their own way. Grandmother’s supportive character can also be seen when she accompanies her daughter-in-law to the hospital. Hence, the Grandmother is an important character even though she remains mostly in the backdrop.

Introduction of the lesson- The Little Girl

This is a story about a little girl. She feared her father greatly. She thought that he was hard-hearted and strict. She always avoided him. He often rebuked her. Once he beat her severely for tearing his important papers. But one night, her mother was in the hospital. The little girl was afraid of the dark. But her father consoled her. She slept beside her father. Then she realised that her father was very good.

Want to Read More Check Below:-

The Little Girl-Summary in Hindi

The Little Girl-Passages for Comprehension

The Little Girl-Quick Review of the Chapter