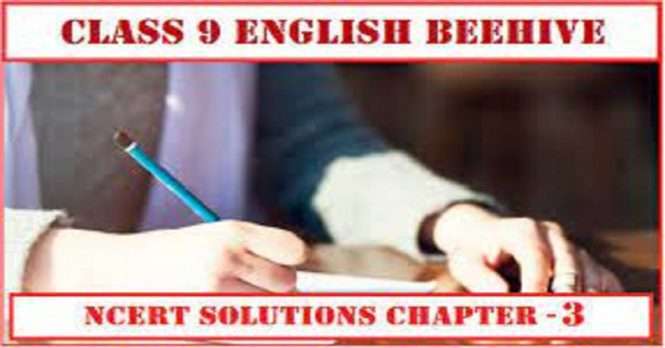 Thinking about the text

1. Given below are some emotions that Kezia felt.

Go to the Extra Questions and Notes of “Wind”

2. Answer the following questions in one or two sentences.

(i) Why was Kezia afraid of her father?

Ans. Kezia’s father spoke very loudly. lie often rebuked and beat her. So she was afraid of her father.

(ii) who were the people in Kezia’s family?

Ans. There were four people in Kezia’s family—Kezia, her father, her mother and her grandmother.

(iii) What was Kezia’s father’s routine

(a) before going to his office,

(b) after coming back from his office,

Ans. (a) Before going to his office Kezia’s father came into her room and gave her a casual kiss.

(b) After coming from office Kezia’s father went into the drawing room and called loudly for tea and newspaper.

(c) On Sundays Kezia found her father stretched out on the sofa, his handkerchief on his face, his feet on one of the best cushions, sleeping soundly and snoring

We hope you are enjoying the The Little Girl NCERT Solutions

(iv) In what ways did Kezia’s grandmother encourage her to get to know her father better?

Ans. On Sundays Kezia’s grandmother sent her down to the drawing-room to have a nice talk with her father and mother.

3. Discuss these questions in class with your teacher and then write your answer down in two or three paragraphs each.

(i)  Kezia’s efforts to please her father resulted in displeasing him very much. How did this happen?

Ans. Kezia was afraid of her father very much. He was a figure of terror for her. Her grandmother wanted her to understand her father properly.

The birthday of Kezia’s father was next week. Her grandmother gave her a suggestion. She said that she should make a pin-cushion for her father. Kezia worked hard for the cushion. She used double cotton. But she had nothing to stuff it with. She went into her father’s bedroom. There she found some sheets of paper. She tore them up. She filled the pin-cushion with them.

The sheets of paper were very important for the father. He had written an important speech on them. But now it was lost. He became very angry with Kezia. He beat her with a stick. Kezia did not know that the papers were so important. She tore them up in ignorance.

(ii ) Kezia decides that there are “different kinds of fathers.” What kind of father was Mr Macdonald, and how was he different from Kezia’s father?

Ans. Mr Macdonald was Kezia’ s next door neighbour. lie had five children. One day when Kezia saw Mr Macdonald playing with his children in the garden. she decided that there are “different kinds of fathers.

(iii) How does Kezia begin to see her father as a human being who needs her sympathy?

Ans. Kezia used to sleep with her grandmother. One day her mother becomes ill and the grandmother goes to the hospital with the mother. She is left to sleep alone.

At night she has a frightening nightmare. She cries loudly for the grandmother Her father listens to her cries and carries her in his arms to his bed. He carefully tucks-up the baby on the bed and lays down beside her

The father was tired. He sleeps before the little girl. The girl thinks that there is no one to look after him. She thinks that he works so hard all day for the family. So he does not get any time to play with her. Thus she begins to see her father as a human being who needs her sympathy.

This content has been designed by the experts keeping in mind the exam score.  Go through The Little Girl NCERT Solutions and add highest value to your studies.

(e) You have a cook a bit more as my friend is a big eater.

We use verbs of reporting to advise, order, report statements, thoughts, intentions, questions, requests, apologies, the manner of speaking and so on.

Now underline the verbs of reporting in the following sentences.

(a) He says he will enjoy the ride.

(b) Father mentioned that he was going on a holiday.

(c) No one told us that the shop was closed.

(d) He answered that the price would go up.

(e) “What’s the reason for your screaming?” I wondered.

(g) Ratan apologised for coming late to the party.’

(a) He says he will enjoy the ride.

(b) Father mentioned that he was going on a holiday.

(c) No one told us that the shop was closed.

(d) He answered that the price would go up.

(e) “What’s the reason for your screaming?” I wondered.

(g) Ratan apologised for coming late to the party.

Some verbs of reporting are given in the box. Choose the appropriate verbs for the following sentences :

(b)”Leave me alone,” my mother snarled.

(c) The children were complaining that the roads were crowded and noisy.

(d) “Perhaps he isn’t a bad sort of a chap after all .’ remarked the master.

(e) “Let’s go and look at the school ground.” suggested the sports teacher.

(f) The traffic police ordered all the passers-by to keep off the road.

Form pairs of groups and discuss these questions :

(i). This story is not an Indian story. But do you think there are fathers, mothers and grandmothers like this in your own country?

(ii )  Was Kezia’s father right to punish her? What kind of a person was he?

Ans. (i) The story ‘The Little Girl’ is not an Indian story. But it seems quite fit to be an Indian story. There are fathers, mothers and grandmothers like that of Kezia. In this lesson, the happenings took place just because of the gap of communication among the family members.T he girl felt herself afraid of her father because she did not have enough chances of mixing-up with her father because of the busyness of her father. We may find a lot of such children even in our society. Both the father and the mother do their jobs. Their only one child has to spend most of his time either with grandparents or servants. So such children feel that their parents don’t love them and in some cases, if parents are hard, the children avoid making their appearance before them.

(ii) Kezia’s father was a very busy man. He loved his family but he could not demonstrate it because of his busyness as well as if his nature. One day he had to punish Kezia because of a mistake of hers. Kezia’s father had written a speech on some papers. Kezia had made a pin-cushion for her father on his birthday. She needed paper to stuff the pin-cushion. She tore those papers and put diem into the cushion. So her father punished her. Father was not right to beat her. Ile could have made Kezia realize her mistake with love.

Has your life been different from or similar to that of Kezia when you were a child? Has your perception about your parents changed now? Do you find any change in your parent’s behaviour vis-a-vis yours? Who has become more understanding? What steps would you like to take to build a relationship based on understanding? Write three or four paragraphs (about 150-200 words) discussing these issues from your experience.

But now as I grew older I find some change in their behaviour. My father has become a little bit strict for me. If he finds any fault in my school work he rebukes me. He advises me time to time regarding my behaviour and circle of friendship. So sometimes a misunderstanding also takes place between us.

But I think that this relationship should be based on trust and understand. If the child has made some mistakes and he/she admits it, the parents should not be too harsh. They should excuse their ward and tell him! he lovingly that the mistake has done so much harm to the family. lithe parents give any type of corporal Punishment to their ward, it will widen the difference between the parents and the child.